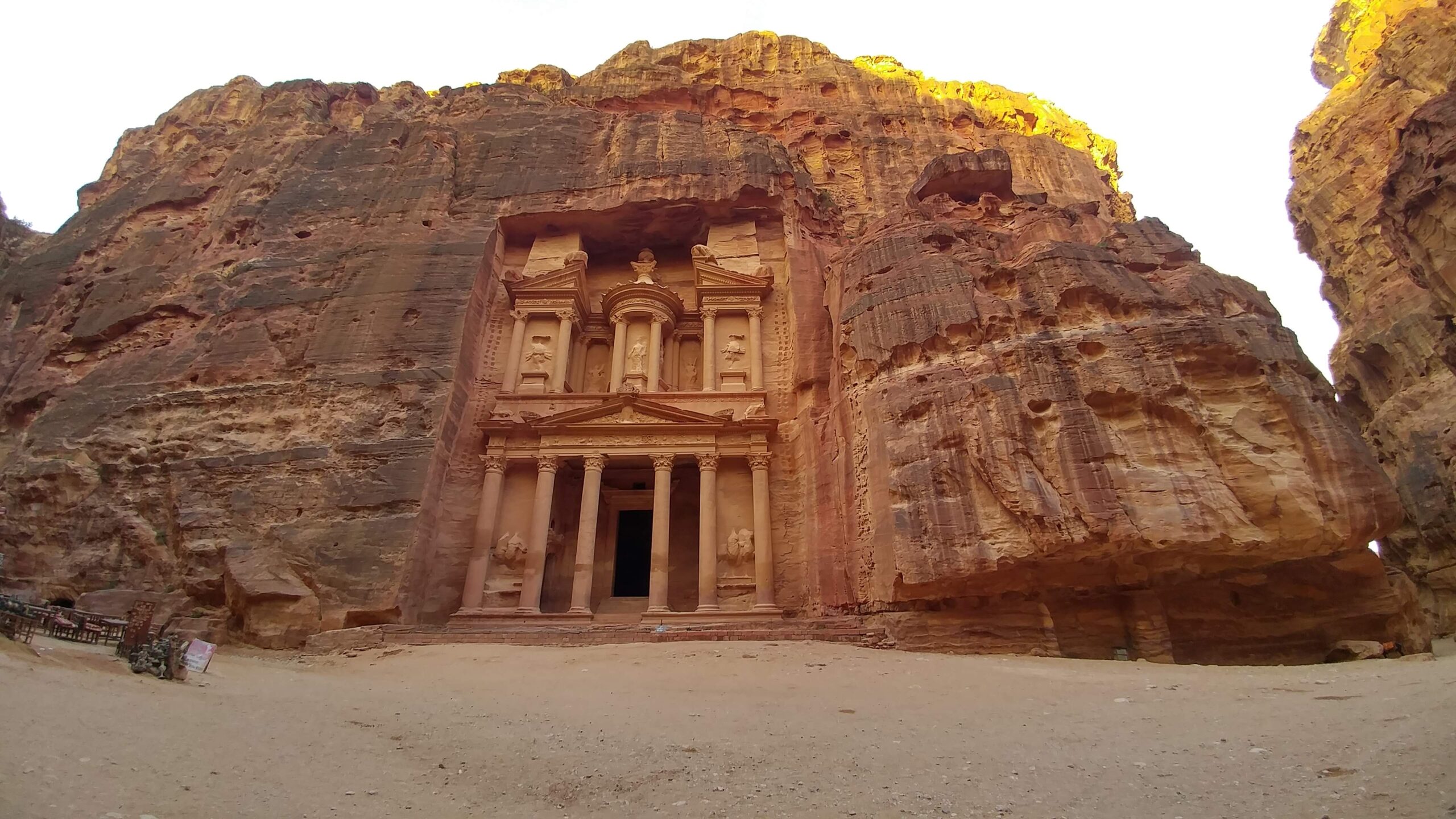 During the last year I developed an interest in visiting Petra. I don’t know why. Probably because I realized that I’ve never been in a so exotic place. My last travels took me to the United States and to an Eastern Europe trip on my motorbike, but seeing a so different culture and deserted lands intrigued me.

A few months ago I found some cheap flights to Eilat, in Israel. From Eilat, entering Jordan and going to Petra isn’t that hard. So I decided to book a two way flight during Italian Carnival holidays. It cost around 40€. Then, it was the time to think about the itinerary and to find some places to sleep. With some great deals on Booking.com, me and my friend Matteo were ready to go.

When we arrived to Ovda Airport we took the shuttle for going to Eilat Bus station. From there, a cheap taxi took us to the Jordan border, where we didn’t have problem with our visa, thanks to the Jordan Pass. From the border we took a taxi straight to Wadi Musa, the village next to Petra. Our driver was a really nice guy: he offered us a welcome coffee and explained us some things about Jordan.

We woke up before 5am for entering Petra at 6am. We were basically alone. After half an hour we arrived at the Treasury, one of the Seven Wonders of the World. With almost no tourists there, we were able to take some nice pictures there.

From the Treasury we moved on, visiting the High Sacrifice place, the Monastery and other monuments in Petra. We didn’t have a lot of time, so we walked really fast and, at 4pm, we were so tired that we went back to Wadi Musa.

In the evening we enjoyed the Petra by Night show. I didn’t find it amazing, but it’s cool to walk to the Treasury in the darkness, with hundred of candles along the way.

The next day we shared a taxi to the Wadi Rum desert with an American lady. We arrived at the Visitors Center to meet the owner of the beduin camp we booked for the night.

We sat on the back of a pick-up and we went around the desert with our driver, Salam, a very nice person. We shared the ride with two couples of Italians (yes, we’re everywhere). At midday it started to rain, and Salam took us a real beduin tent to have lunch. Our host was very nice and I was able to eat vegan food: vegetable soup, bread, and a lot of hummus! The desert was amazing, even if the weather was not the best.

In the evening we arrived at the beduin camp. We watched the sunset from the top of a rock and then we had dinner with the other guests. Again, finding vegan food was not a problem. We then sat all together inside a big tent before going to sleep.

In the morning, after a nice breakfast, we left Wadi Rum for going to the Israelian border. We arrived in Eilat and stopped at a resort there. The difference between Jordan and Israel was evident: from the prices, higher in Eilat, to the lifestyle. Eilat is not my ideal city, but the tourist area on the beach is really nice. We just walked around and drunk a coffe looking at the sea, before having dinner and getting back to the resort. The day after we took our flight back from Ovda to Bergamo.

See more picture on my Instagram page! Or watch the video I made from my trip to Petra!

This site uses Akismet to reduce spam. Learn how your comment data is processed.